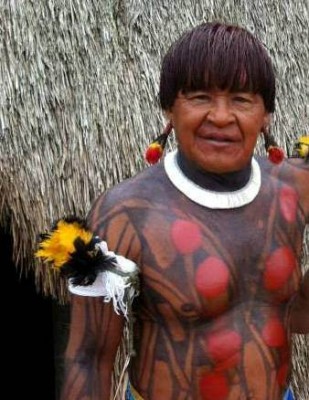 time – the Kamayura cacique (chief) Kotok from Xingu Indigenous Park in Brazil to New York. The chief will attend the UN Permanent Forum on Indigenous Issues where he will bring important messages from Xingu, will exchange experiences with other leaders and will learn first-hand about mechanisms and tools Indigenous Peoples have to defend their human rights, traditional knowledge and their territories. He will forge alliances with foundations and universities in the hope this will open doors for the Kamayura to receive much needed support .The cacique will raise awareness on the incredibly well preserved Kamayura culture and territory (which they want to keep intact for as long as they can, a most difficult job due to aggressive penetration of outside economic interest and western cultural elements).

A key date is March 18th when Global Giving will match 30% the donations made that day. Here is the fundraiser link:  https://www.globalgiving.org/microprojects/bring-the-kamayura-chief-to-the-united-nations/.

If we succeed to bring the cacique in New York, Maloca will organize a series of events that will enable the chief to promote the Kamayura culture and introduce the cacique Kotok Kamayura to the international public in NYC.

We have finally received a photo of the fishing net Maloca succeeded to provide for the Kamayura.  This was a great success for Maloca and its supporters, and the Kamayura send their heartfelt thank you to everybody who made purchasing the fishing net possible.  This fishing net will not only provide food for upcoming inter-tribal festivities, but will grant the survival of several sacred rites associated with caring for and use of the net, rites in which the whole village partakes. More photos to come in the summer, when the fishing net will be used in the Kwaryp ritual! 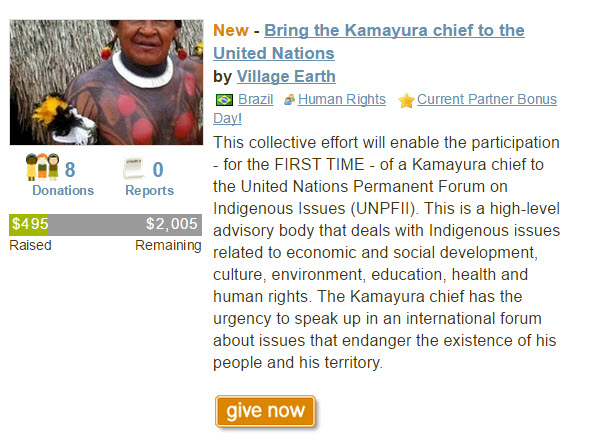